Back in June we brought you the first low-resolution picture of Chinese firm Qianjiang’s QJ350 model and said it was likely to be the basis for Harley-Davidson’s planned entry-level 350cc twin. Now higher-resolution images of the same bike have emerged via the Chinese patent office, and reveal that it is indeed the planned Harley, just wearing different, QJMotor bodywork. The words “Harley-Davidson Motor Company” are even cast into the left-hand engine cover, in case there’s any lingering doubt. 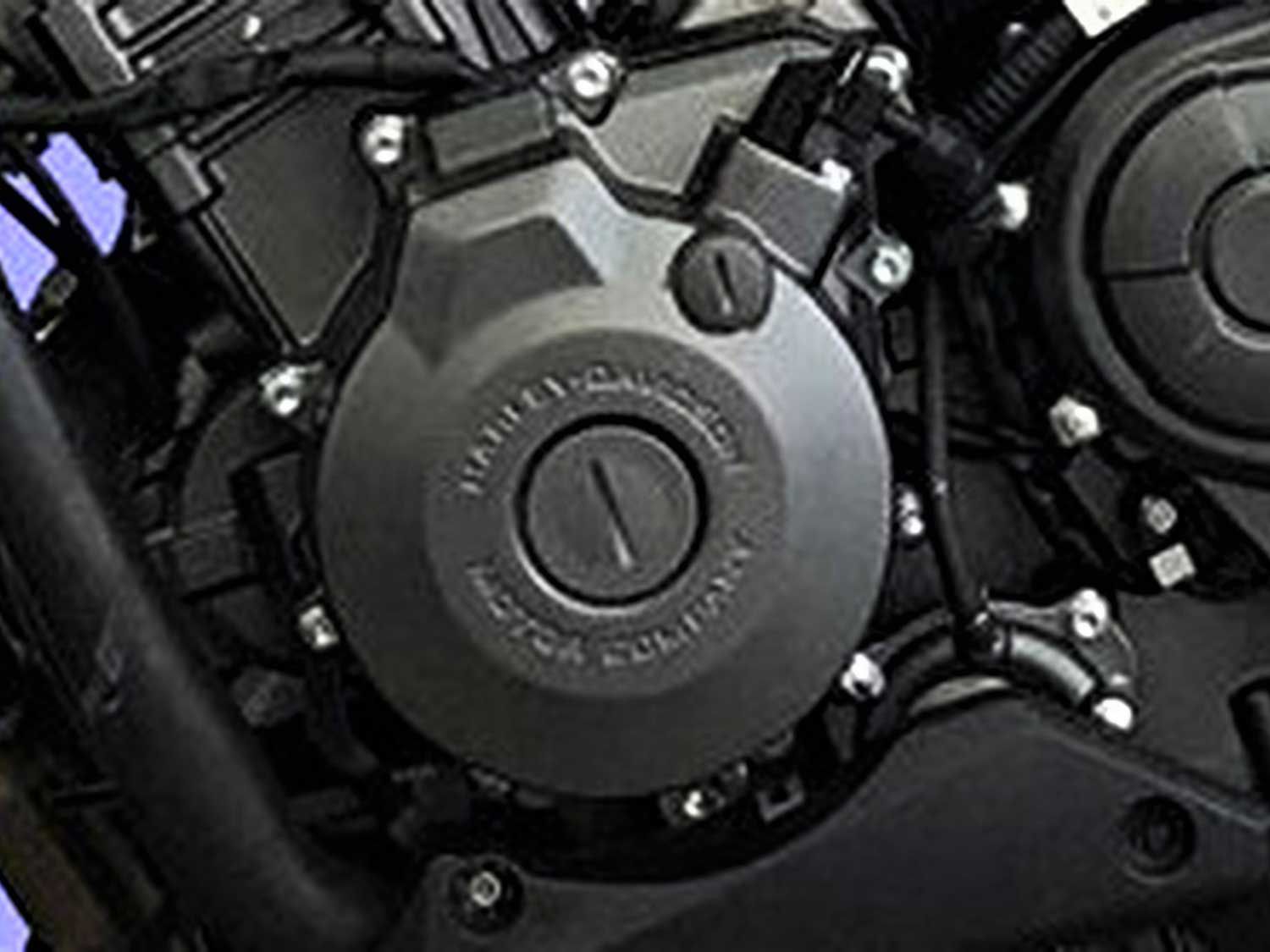 Squint enough and you’ll make out the Harley-Davidson stamp on the left engine cover of the QJMotor-branded bike. (Chinese Patent Office/)

Mechanically, the Harley-Davidson HD350 is destined to be identical to this machine, which will also share the same components with a future Benelli 352S that’s expected to replace the current, 300cc 302S model.

When Harley originally announced the Chinese collaboration last year, the firm said its small twin would be 338cc, a number achieved by mixing the 45.2mm stroke crankshaft of the Benelli 300cc engine with the cylinders and pistons from the same firm’s larger, 500cc unit, giving a bore of 69mm. However, since then there’s been a rethink and a more substantial redesign of the engine, leading to a capacity of 353cc—as revealed by Chinese homologation documents. The same documents also tell us that the engine makes 36 hp, and that the bike weighs in at 388 pounds (176 kilograms) wet. The Harley version’s weight could be slightly different due to changes in the styling, but not by much—making this the lightest machine the firm has sold in years. 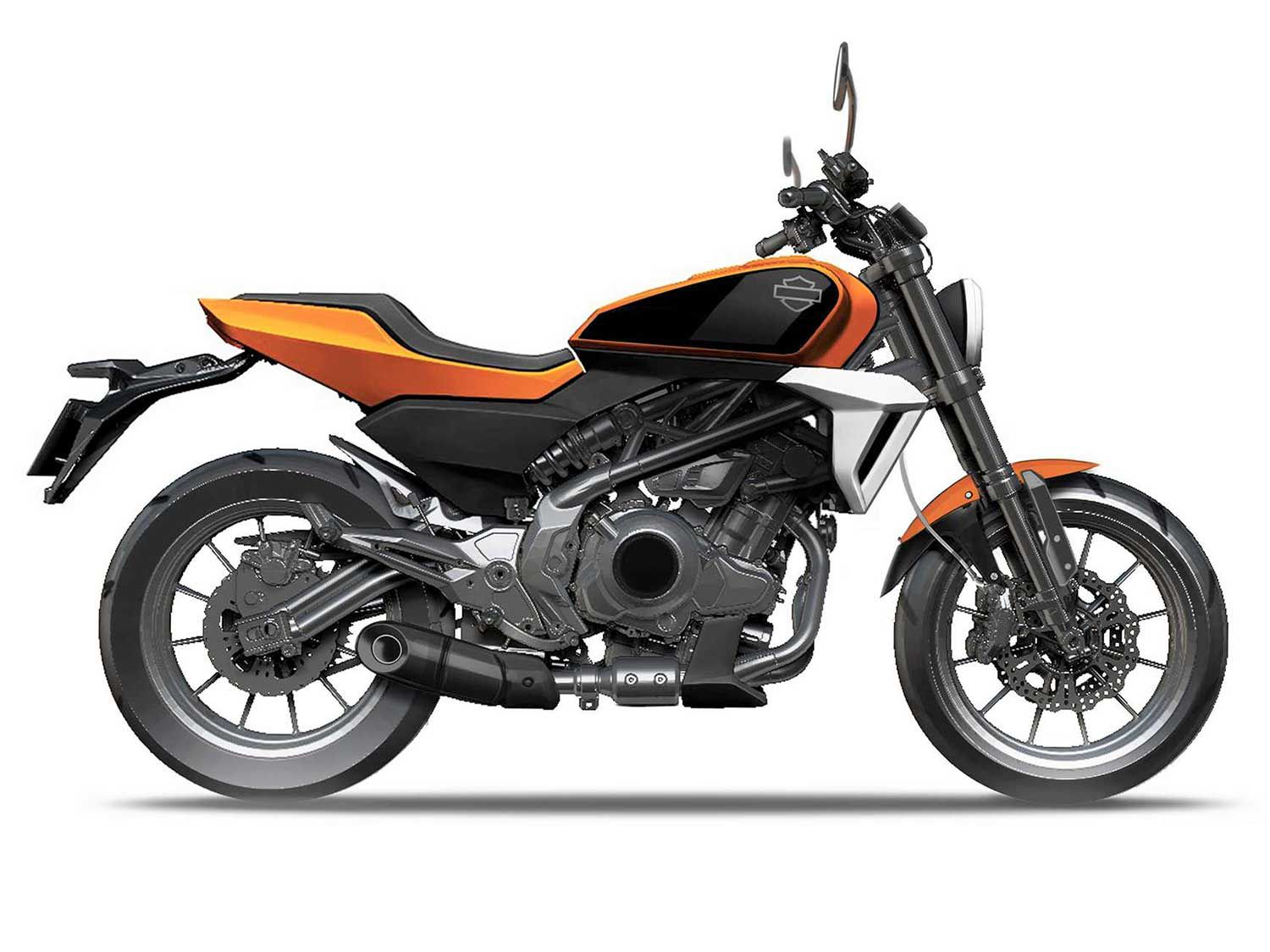 Despite the aggressive appearance of the latest QJ350 images, it’s likely the styling of the Harley 350 derivative will be more traditional. (Harley-Davidson/)

While the Chinese-branded QJMotor and Euro-oriented Benelli versions are certain for production in the near future, the Harley-Davidson branded derivative’s destiny currently hangs in the balance. The bike’s development was a result of the diversification plan created by former Harley CEO Matt Levatich, who hoped to bring the company customers in new markets and segments by radically departing from the air-cooled, V-twin cruiser norm. This small parallel twin isn’t intended for riders in the West but to bring the Harley name to customers in developing markets in Asia. By putting a low-cost Harley onto those areas, the idea was that as riders there became more affluent, the firm’s more luxurious offerings would already have a foothold and name recognition. The QJ350’s parallel-twin engine has grown to 353cc. If it’s ever produced, the HD350 version will be mechanically similar. (Chinese Patent Office/)

However, Levatich isn’t running Harley anymore, and his replacement, Jochen Zeitz, has been reeling back some elements of the plans he put in place. During the announcement of Harley’s $92 million net loss in the COVID-hit Q2 of 2020, Zeitz confirmed his rethought plan for Harley’s future—dubbed Hardwire—will be announced in the fourth quarter of this year. In the same earnings presentation he said the Pan America adventure-tourer is still on for a 2021 launch date, but didn’t confirm any of the other machines that were expected in 2021, for instance the Bronx streetfighter or the 1,250cc “high-performance custom” model that has appeared on the firm’s future vehicles web page. He also confirmed the 2020 model year is being extended, pushing back the launch of 2021 machines until the start of next year. Implementation of the five-year Hardwire strategy is said to begin by the end of 2020. 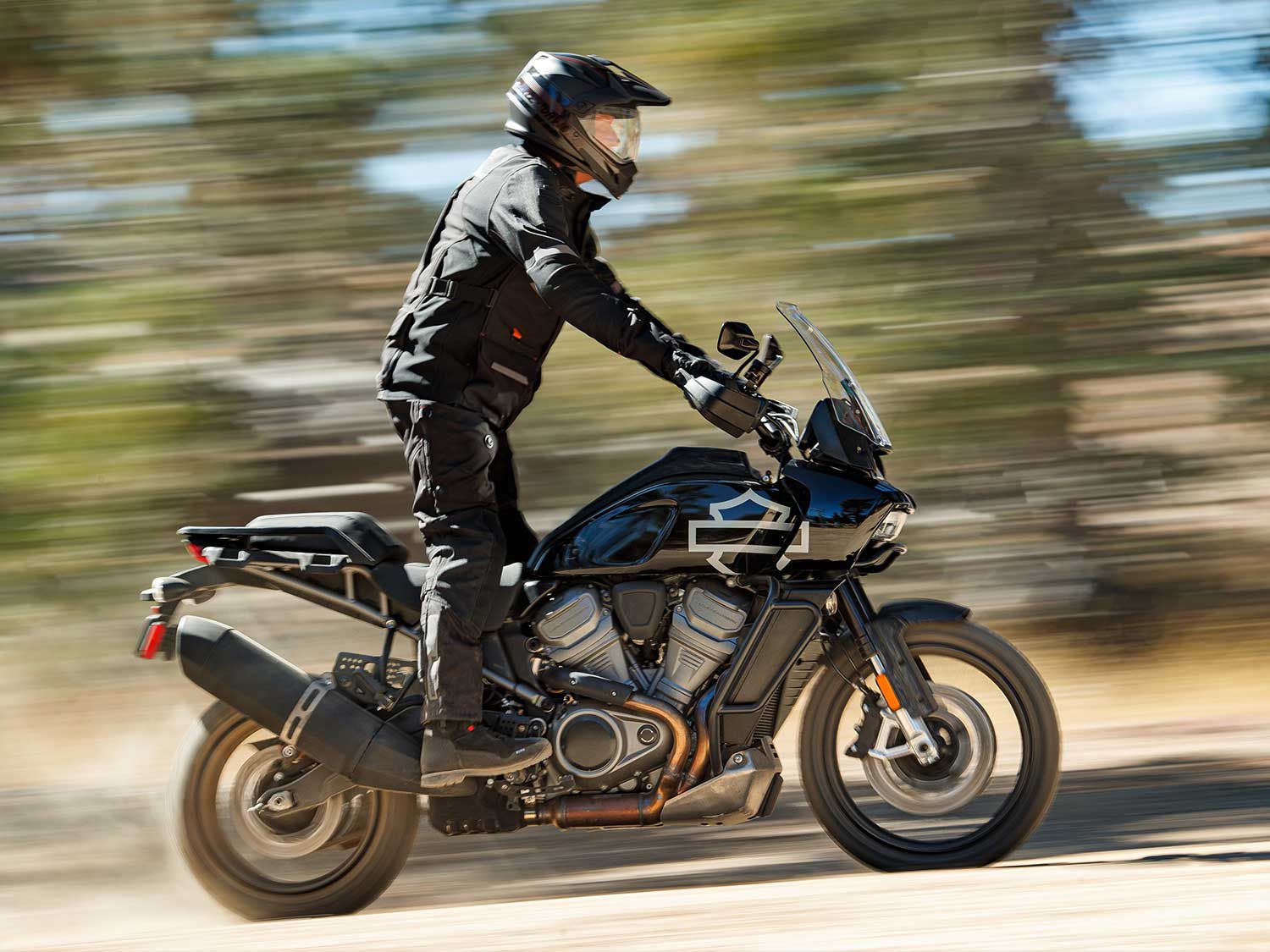 The Pan America is still set to launch next year, according to the latest statements from Harley. (Harley-Davidson/)

Zeitz said: “We see strong potential in Adventure-Touring and we launch Pan America globally next year. We will be going to market with an improved launch process, beginning with model year ’21, we will shift our product launch and dealer reveal timing into early Q1, driving demand for products and sales for dealers at the start of the riding season. As we transition this year, we have extended our 2020 model year production through fall and expect model year 2021 bikes will arrive in dealer showrooms early in the new year.” 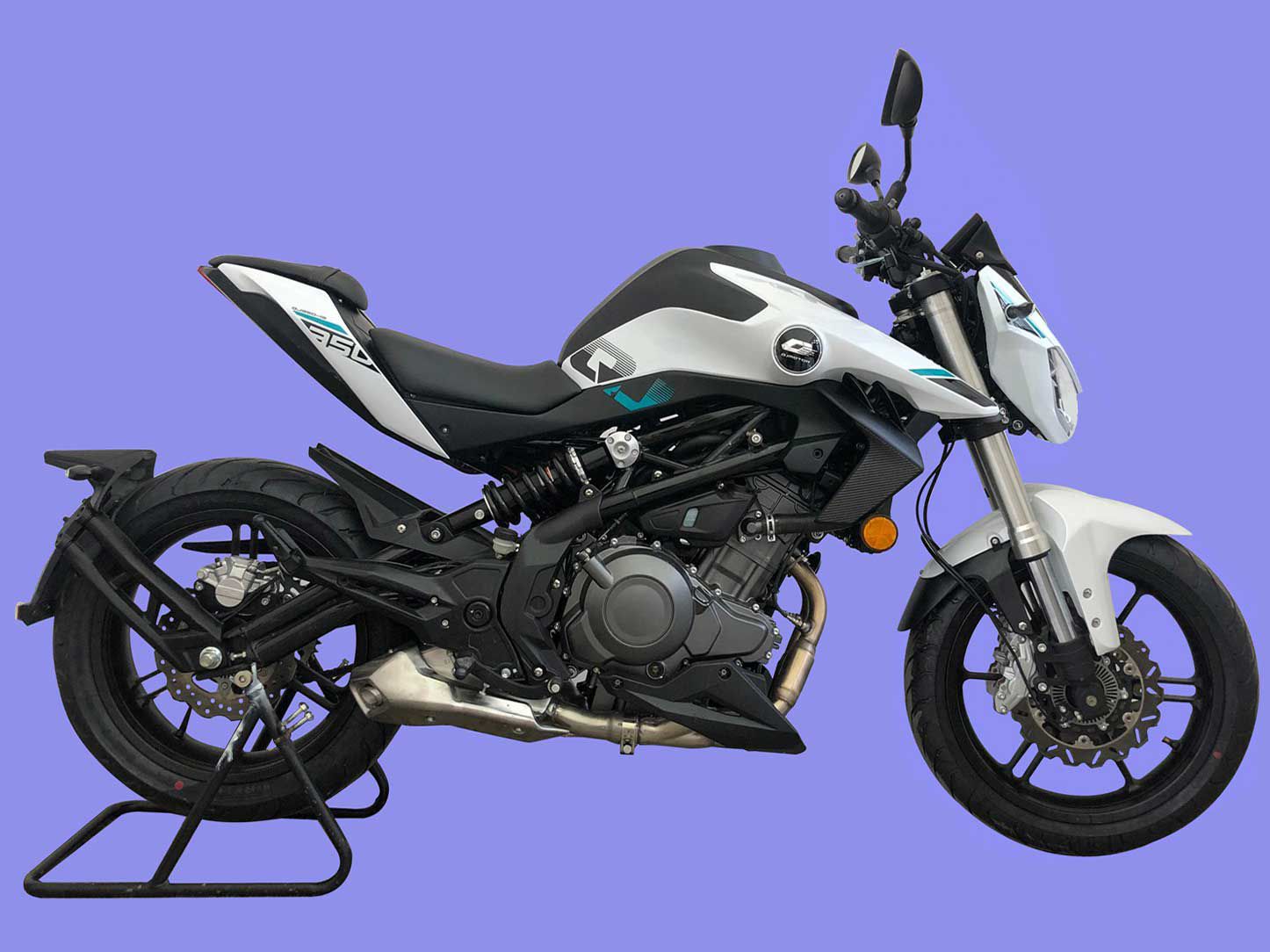 The QJ350’s (and HD350) small-displacement parallel-twin engine format is meant to target developing Asian markets rather than established segments in the West. (Chinese Patent Office/)

Whether Zeitz’s rethink puts the Chinese partnership in doubt remains to be seen. Asked about the small-displacement bike during Harley’s earnings presentation, he deflected the question, saying: “As I said, we would like to reveal our products much closer to actual launch. And whether and when we are going to launch specific products is not something that I would like to elaborate on right now. We will provide further detail in the fourth quarter.”

However, investor-relations documents from the latest presentation still list “the company’s ability to…develop and maintain a productive relationship with Zhejiang Qianjiang Motorcycle Co., Ltd. and launch related products in a timely manner” as an important factor in the firm’s future results.

Anything Motorcycle 2020. Powered by WordPress